5 Things To Learn About Scorpions

It can be unsettling to step into your kitchen in the middle of the night, turn on the light and see a scorpion skittering across the floor. It can be even more disturbing if you happen to step on a scorpion without your shoes on; you could receive a painful sting. Fortunately, most scorpions would rather run than fight. Here are some more facts about scorpions that you should know. 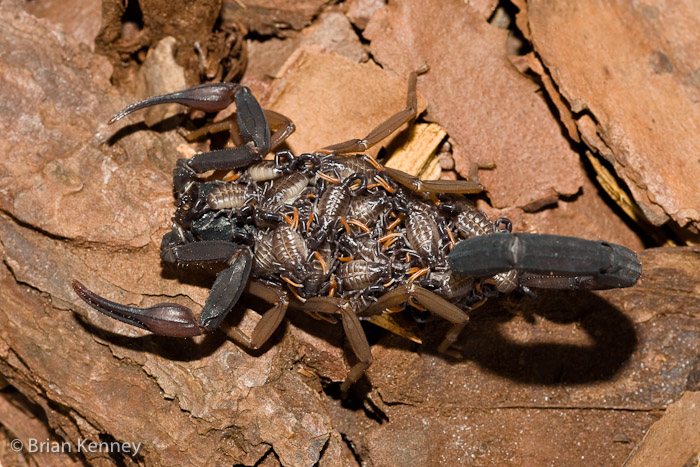 All Scorpions Are Venomous, But Few Are Dangerous to Humans
Similar to spiders, all scorpions can deliver venom when they sting. However, the venom of most scorpions is not strong enough to cause serious harm to a healthy adult. Young children, pets, the elderly and anyone who is allergic to scorpion venom can be affected more severely. Healthy adults often experience a reaction that is no worse than a bee sting when stung by one of the less-venomous types.

Scottsdale Is Home to a Highly Venomous Scorpion
Of the 25 species of scorpions found in Arizona, only three are common in the Scottsdale area. Unfortunately, one of them is the Arizona bark scorpion, the most venomous type of scorpion found in the United States. Although fatalities are rare and typically limited to toddlers, small pets, adults whose immune systems are compromised and the elderly, stings are extremely painful. It is quite common for the area around the sting to experience temporary numbness, paralysis or convulsions. The other two types common in Scottsdale, the Arizona giant hairy scorpion, and the stripetail scorpion, can deliver a painful sting, but unless the person has an allergic reaction, the venom poses little risk.

Scorpions Are Nocturnal
Scorpions hunt by night and hide during the day. When they invade your home, they may hide inside footwear or clothing, giving you an unpleasant surprise when you slip into your shoes or don an article of clothing. Outdoors, you could accidentally encounter a scorpion hiding under a rock, landscaping timber or other items that have not been disturbed recently.

Scorpions Often Travel in Groups
Adult scorpions frequently travel in groups, so for every scorpion that you see in your home, there is a problem at least six more hiding somewhere. In addition, after giving live birth to as many as 100 young, female scorpions carry the babies on their backs until the young have gone through their first molt. Therefore, a serious infestation can occur in a relatively short time.

You May Need Help to Control Scorpions
To control scorpions, you need to identify the type of scorpion present and determine the extent of the infestation. You may need the help of a professional to accomplish these tasks, advise you on the steps you need to take to deny scorpions access to your home’s interior or advise on ways that you may inadvertently be making your property more attractive to them.

E & M Pest Management has over 21 years of experience and provides a wide range of pest control solutions in Tinley Park, Illinois. We are locally owned and continually improve our methods for controlling and eliminating pest invasions, bringing homeowners lasting peace of mind from infestations.